Rebel Lens Films has recently wrapped principle photography on their first feature film “The Improviser” and are preparing it for the festival circuit! 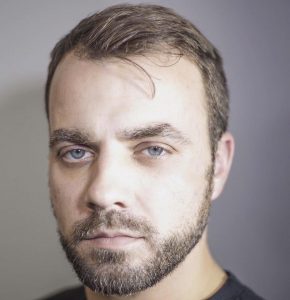 Chris Sciacco was born in New York City and raised near Annapolis, Maryland. His love of acting   and filmmaking began at a very young age. From putting on performances for his family, to watching endless amounts of movies and TV, he always knew he wanted to be in the industry somehow. When it was time for college, Chris moved back to New York City in 2004 to attend the New York Conservatory for Dramatic Arts and became a Mesiner graduate in 2007. Some classmates and Chris then collaborated to create the web series “Recession Whores”, which was the impetus to his production company “Rebel Lens Films”. Then some Other friends and Chris also joined forces to form the comedy team “The Grape Dutches of York”. Quickly, the troupe started creating short comedy films for YouTube and film festivals, while performing live comedy shows in various theaters throughout New York City. In 2016, Chris produced, edited, co-directed, and performed in the Off-Broadway show “Enchantment Park: in 3D & 4D”. Enchantment Park’s two-month run at The PIT was sold out nearly every night while receiving rave reviews from numerous publications. Most recently, his last film “In for Business” was screened in global film festivals and was nominated numerous times including wins for Best Supporting Actor and Best Editor. Please view some of more of Chris’s work at www.ChrisSciacco.com and www.RebelLensFilms.com 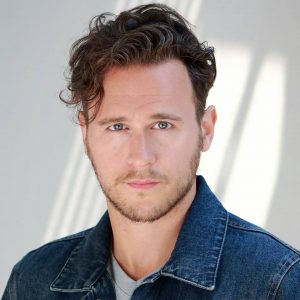 Daniel Florio is a writer, actor, and director with a bachelor’s degree in history residing in Astoria, NY. An avid storyteller, Daniel has been writing and producing short film, web-series, sketch comedy, and a full-length play in New York City since 2008. Daniel has worked on several branded videos for “GQ”, “Golf Digest”, Vanity Fair”, and “The New Yorker” as an associate producer for Conde Nast Entertainment. His work has been seen in Austin, Los Angeles, NYC, taking him around the world attending film festivals, and even participating in an independent film study in Tuscany, Italy. As an actor Daniel has performed for years with his sketch group “The Grape Dutches of York” making sketches for stage and film, Off-Broadway in “Enchantment Park: in 3D & 4D!!” and “My Big Gay Italian Wedding”. As one of the co-founders of his production company Rebel Lens Films, he directed and wrote short films “Full Moon” and “In For Business” and has wrapped on two more: “KAREN” and “Followed”. 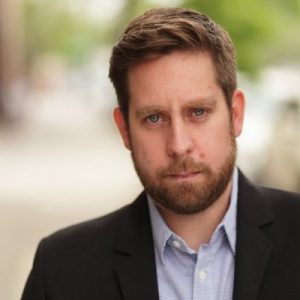 Artie Brennan is a NYC born actor & improvisor. He has played the bagpipes on The Today Show, Dj’d to crowds in the thousands, jumped from a plane, and swam with sharks twice! His love of comedy landed him at The Upright Citizens Brigade where he studied improv & sketch comedy with several masters including Matt Walsh (Veep) and Ian Roberts (Key & Peele), two of the founding members.
Artie studied drama at NYU , improv & sketch at The Second City, and sketch writing at The People’s Improv Theater (PIT). He can be seen in several award winning independent feature films as well as commercials for clients like Optimum Cable, ESPN, GMA, & Kiehl’s.  On your TV or iPad, he has appeared in “House Of Cards” on Netflix, Showtime’s “The Affair”, Nat Geo’s “American Genius”, and Comedy Central’s “The Onion Sports Dome”.
​Live and filmed sketch comedy is where he is most at home, working on every major stage in NYC (UCB, PIT, CREEK AND THE CAVE, BROADWAY COMEDY CLUB, TREEHOUSE ect..) Artie performed improv in over 100 shows with The Red Tie Mafia in a dank, stank basement of a bar on Manhattan’s west side.
As a writer/director Artie’s  project “Gowanus Galapagos”, a nature mockumentary, was a top ten pick in National Geographic’s Wild to Inspire. The comedy was just picked up by Brooklyn On Demand. His film Snuffalafaghost:Hip Hop’s First Stylist won the Audience Choice Award at the 2016 Inaugural Hip Hop Film Festival in NYC.

If you wish to work with us or have idea’s for project’s feel free to email us at: RebelLensFims@gmail.com